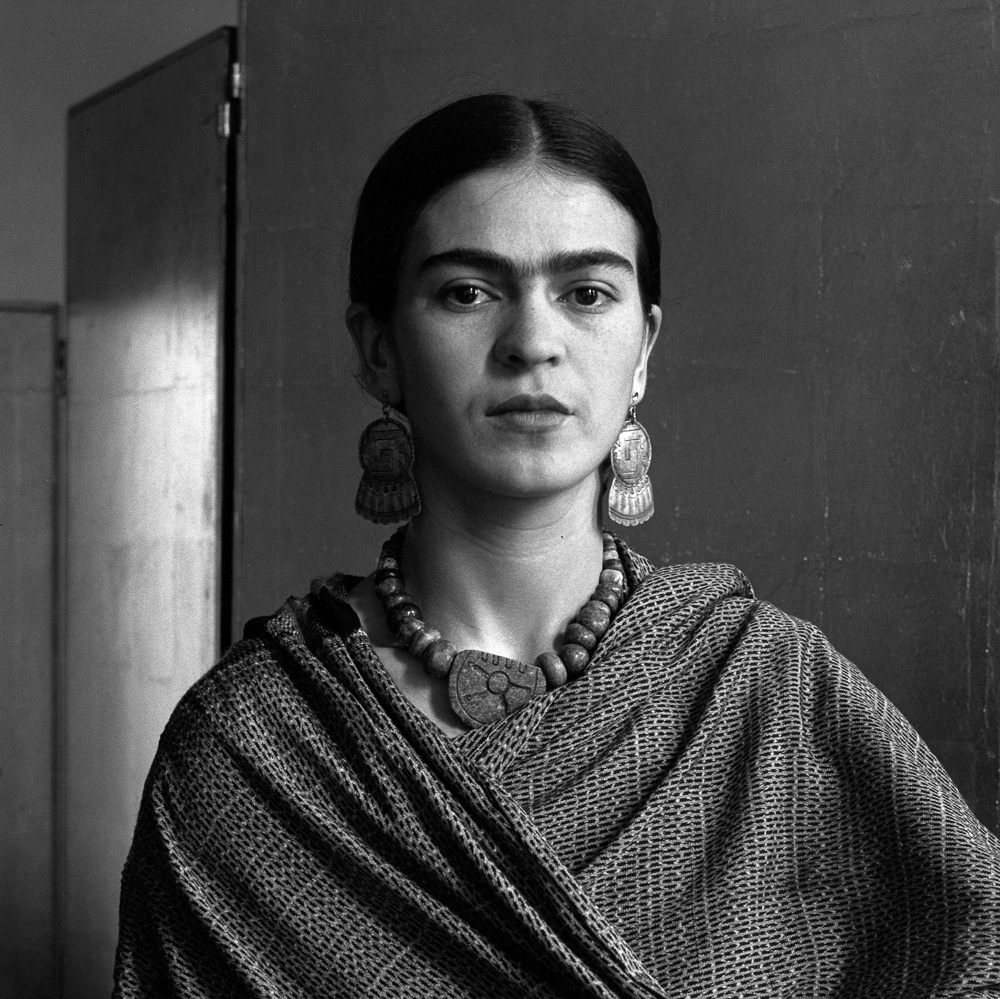 Magdalena Carmen Frida Kahlo Calderón, better known as Frida Kahlo, was born on July 6th of 1907 in Mexico City. There is a lot to tell about this iconic woman. One of the most famous mexican painters, her life has a lot of ups and downs. Such as the poliomyelitis she got in 1913, this caused that she had one leg smaller than the other; the tram accident she suffered when she was 18, her complicated relationship with Diego Rivera and the terrific talent she has to represent her thoughts and feelings through her artwork, full of symbolism.

When she was 16 years old, she was studying medicine in the National Preparatory, she met Diego Rivera while he was painting a mural there.

In her 18’s, Frida had a terrible accident, the bus where she was traveling was hit by a tram, the consequences for her were awful, she fractured several bones and her spine was very affected. She was forced to lay in bed for several months in this moment she decided to start painting, to avoid the boredom.

She showed to Diego Rivera her paintings and he encouraged her to continue painting, he was impressed by Frida’s paintings. Later in 1929 they got married, she was 21 and Diego 46 years old.

In 1930 she got pregnant, but she had a miscarriage due to the terrible accident that she had, she was not able to have children ever. We can see her frustration and pain through her artwork.

During 1931-1934 Frida and Diego came to U.S.A, they spent most of their time in New York and Detroit, by that time Diego was extremely popular. They arrived in Detroit in the spring of 1932, Diego had been commissioned to create a mural at the Detroit Institute of Art.

She set up an art studio of her own, but she was not productive because she was pregnant but unfortunately the pregnancy was lost again. She worked intensively while she recovered, this miscarriage became the subject for her next works of arts.

In 1938 André Bretón poet and surrealism essayist rated her work as surrealist in an essay he wrote for the exposition that Frida had in the gallery Julien Levy of New York, later Frida declared: “They thought I was surrealist, but I wasn’t. I never painted my dreams. I painted my own reality “

In 1939 she painted one of her most famous paintings “Las dos Fridas”. She participated in multiples expositions in MoMa, Boston and Philadelphia.

After that she was a teacher in the National School of Paint, Sculpture and Engraved.

Her health deteriorated in 1950, she stayed a year in the hospital. Later in 1953 was organized an individual exposition to present her work in contemporary art gallery just for her, due to her health condition, her doctor prohibited  her to go to her exposition, however, she arrived in ambulance, lay in a hospital bed, she sang and drunk all the afternoon.  Unfortunately, this same year they had amputate her leg.

She died in July 1954 in her house located in Coyoacan, Mexico City well know as La Casa Azul, nowadays this house is a museum you can visited to learn more about her life and appreciate her paintings.

The last painting she made before she died, is Viva La Vida and you can admire this painting in La Casa Azul.

2 thoughts on “FRIDA KAHLO, THE MOST ICONIC MEXICAN FEMALE PAINTER OF ALL TIME”