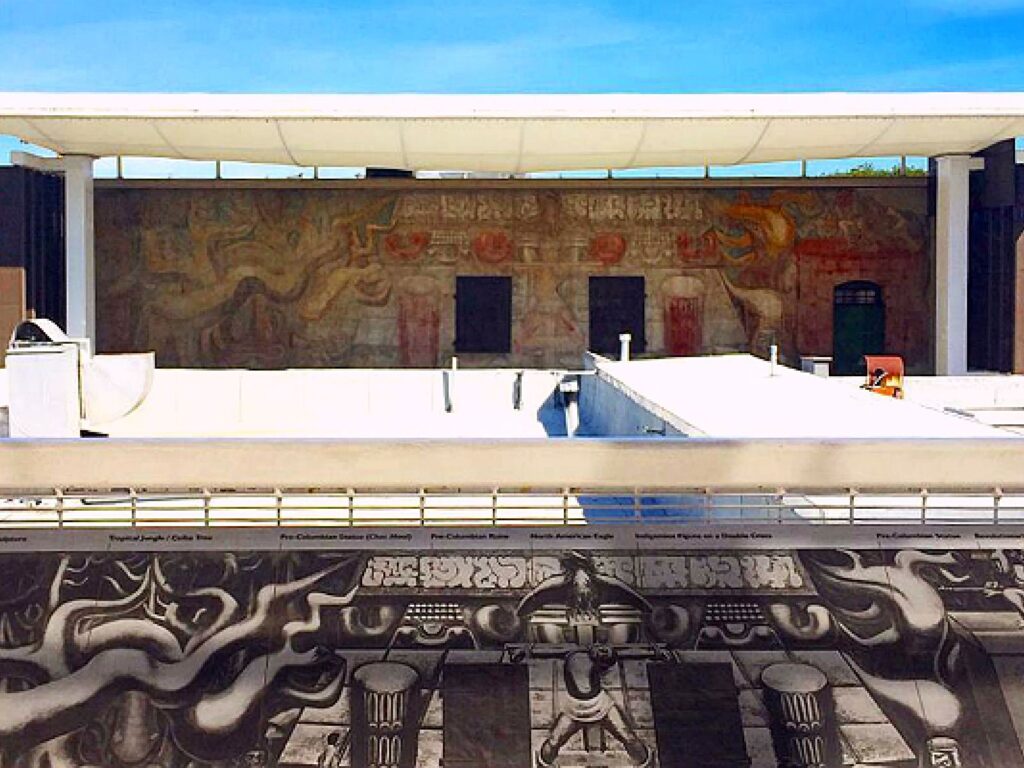 After being exiled from Mexico due to his political thinking, David Alfaro Siqueiros came to Los Angeles for six months. During this short period of time he finished 3 murals. The most outstanding was America tropical.

David Siqueiros, just like other muralist of the time, had communist ideals and he usually used his art to support his ideals. America tropical was not the exception.

In 1932 Siquerios lived the same Rivera lived in 1939 with the Rockefeller family. The board of the LA Art Center Plaza asked him to paint a mural where they expected to see beautiful and idyllic landscapes, instead, the artist painted repression from the American Empire to the southern countries. In the middle of the mural Siquerios painted an indigenous person crucified behind an american eagle. The master piece was rejected immediately and covered with paint. After 25 years and a long conservation process, the Siquerio’s mural was revealed to the public again.

America tropical is the oldest mural in LA and the only one preserved in the US painted by Siqueiros.

The original name of the mural was “America tropical: Supresed and destroyed by the imperialism” and was a powerful political statement against the american imperialism. This artwork was the beginning of the “Muralismo Mexicano”, followed by Rivera and Orozco. This tradition inspired the chicano art movement until today.

Siqueiros together with 20 painters finished this mural by October 9 1932. America tropical was the first mural of its size, it was a revolutionary technique that stirred the muralism in the US. Dean Cornwell, President of the national society of muralist predicted that America Tropical would impulse other artists to create become muralists, but it was until the 60’s when  the muralism in the US really surged.